Anne McCue - Money In the Morning 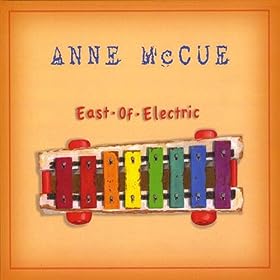 "Everyday, thinking about the war. It won't go away. It's a comforting feeling for the men who build machines and guns and bombs. I guess they love the smell of money in the morning." Anne’s lyrics remain just as intelligent as they are on Roll, an earlier CD I raved about a few years back. That CD contained songs I still listen to often – Stupid, 50 Dollar Whore, and Ghandi. The new CD is more acoustic, but just as vital, as shown by the lyrics I quoted. Money In The Morning opens with a meditation on how people are getting rich of the war and loving it. What I love is how she then works backwards to the personal in the rest of the story.

"Every time I see your face again I wonder where we'll be. I've got a scary feeling. I'm feeling so alone when you're here with me. Will we make it home? Will there be money in the morning?" For every family getting rich off the war there are literally hundreds of families in the United States falling apart because of the way their government has misspent its finances. Add that to the tens of thousands of families being destroyed in other countries from our war efforts from each financially happy American family, this story becomes a universal one.

A huge shoutout for All I Need ("I like sleeping on the couch after drinking on my own"), a powerful song about a woman who feels broken and does not want to hear the mumbles of another person trying to become intimate with her. ("Don't go hangin' 'round love's door, it'll hurt you to the core.") More shoutouts for We Are The Same (“love only hurts you if you call it a game”), and Do It the Right Way (“I could lie to you and you would never see”). Soul-searching stories that reach deeply into truths that are seldom explored.