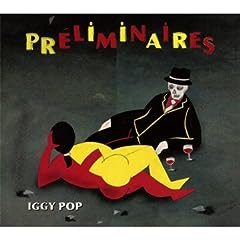 Iggy brings my life party to new visions with this album. It definitely does not fit what my mind has been conditioned to received as “Iggy Pop,” and as a music lover, I consider this a good thing. He does a French crooner act on several tunes, quite well actually; but completely turning my mind inside out. Some experimenting with hip-hop French style on Je Sais Que Tu Sais with Lucie Amie. "How cool it is to be a dog - how much it beats human life." The King Of The Dogs sounds like it’s ready for the All Dogs Go To Heaven childrens franchise, and has a wonderful pop new orleans flavor that keeps my ears pleasantly filled. The jim morrison doors style of Spanish Coast is a slow synth-enhanced vision that makes for an interesting vegetable on this plate. Interestingly, the meat on this plate that brings this party to life is a tune Iggy calls Nice To Be Dead. I enjoy the variety of flavors, even the rather scary ones where Iggy takes on Frank Sinatra, or when he crawls into a bathtub and croons the blues with a sole guitar for two minutes. Iggy has never been short on irony, so it’s fun to attempt to analyze why an album entitled “foreplay” largely centers on 'death, sex, and the end of the human race'. Best though, to simply dance. Iggy Pop