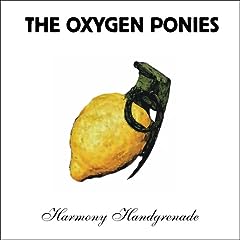 “You and I and everyone are waiting for a brighter sun to shine. We’re wasting time.” I admit this sounds a bit pessimistic for a good party song, but the music surrounding these words is pure magic. The guitars enter the ether between the neurons and allow for a full escape into an experience that thrills. I’ve been holding to this CD for about a month, shouting out ½ of it last month and the other ½ this month, because it’s not being released until now. It can finally be pre-ordered on Amazon, and it’s worth every penny. It’s not very often a band can come up with a brand new sound that fulfils the promise of rock and roll yet sounds like nothing that came before.

The slow dirge Tryna Get To Heaven “through the cellar door, but everything I do, it’s all been done before” turns into a party ½ way through with a reminder “what’s the point of fighting wars you cannot win?” At the end, the beautiful dirge returns momentarily to remind us this is a fully composed story with a musical purpose, not simply a pathway into a private journey. Well done. Villains is another beautiful tune, and is totally up-to-date when it talks about the folks “in the white house” who “hate your family.” It truly doesn’t matter who is in the white house, if your family is in Afghanistan or a small town in Ohio, or anywhere else that rich people do not control the inevitable, you are indeed hated. Just listen with open ears. The point of this composition is that we should not be prepared for the government to help the poor and needy, that indeed, “we have a long drive home.” Tasty bass guitar picking enhances the flavors of the other guitars.

“I don’t care what you say ‘cause you don’t listen anyway. Everyone around me is on trial, so smile.” The calliope has last a few belts but is running anyway in the tender dreams of Smile. “Don’t you tell me I’m acting like a child when I smile.” A Bottle Marked The Enemy is a brutally honest look at American Christianity. The Oxygen Ponies supply more of an experience than a party; but then every great experience is a party and I have felt totally fulfilled when listening through this CD, and anyone who puts up with my daily meanderings will have the fortitude to listen to these folks and make them a part of their daily consciousness with joy. It’s difficult looking ahead to November already, but I feel really secure in picking this CD as one of the most important releases of 2009. The Oxygen Ponies


The Oxygen Ponies on Eartaste

Added 5/11/09:
The Oxygen Ponies on Amplified Magazine
Posted by Cholla Needles at 8:28 PM