My father was into jazz. These albums have an integral part of my memories and are welcome back into my life in one way, the fact that the recording are 50 years old are not making me feel younger, but such is life.

1959 was a banner year. Kind Of Blue brought jazz to the masses, Time Out took a year to warm up the ears of listeners, but laid out a pattern for jazz to reach top 40 radio as well as open up time signature changes that would make its way into pop, rock and folk with some great results. Mingus was one whose music stayed solidly in the jazz field but influenced every field of music. Better Git It In Your Soul & Slop both had a huge influence on 60’s soul music. Sketches of Spain has its own terrain and influence over lives and loves. All of these are classic collections that belong in every music library.

Which brings us to a new point. I have all this music, still on LP, and on CD, often with alternate takes included as bonuses. So I’ll pick out what is new on these collections, and harbor one small wish. My wish is that these collections had their booklets enlarged, and presented as huge as lps in gift editions for old folks that end up using magnifying glasses along with their reading glasses just to read the liner notes. They are all apparently re-mixed from the original tapes, and that in itself makes for a new listening experience for collectors. 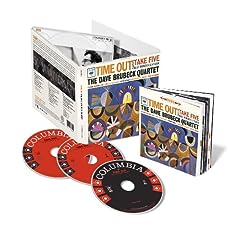 Dave Brubeck’s collection has a previously unreleased bonus CD of the Quartet recorded live at Newport in 61, 63 & 64 – The sound is decent & the performances excellent. The stretches on Tine Out at Newport alone are worth the price of entry into this collector’s edition. Also included is a DVD with an interview of Dave talking about his quartet and the roots of Time Out. There’s also a film of the master at the piano with four different view choices. You can simply watch him play. If you have interest in technique, you can watch the left hand OR the right hand. Once you have those mastered, there’s an overhead version of both hands playing. This would be a great gift all on its own for any budding musician. Having the bonus of 2 CDs of music is simply icing on the cake.
Dave Brubeck – Time Out 50th Anniversary Edition 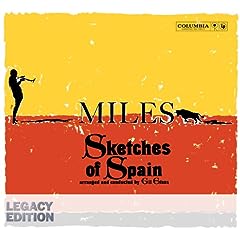 Sketches of Spain includes Song Of Our Country, recorded at the same sessions, but that’s appeared on other releases. The prize on this collection that creates value is a 17 minute version of Concierto de Aranjuez recorded live at Carnegie Hall.
Miles Davis – Sketches Of Spain 50th Anniversary Edition 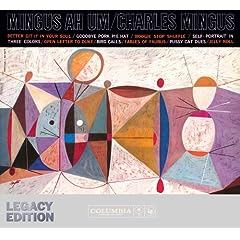 What sets this Legacy edition apart is the inclusion of Mingus Dynasty, which was also recorded in 1959. Mingus Ah Um includes the unedited versions of tunes made “to fit” on the LP. They have been restored to include complete solos, which is a treat in itself. There are also 3 tunes recorded at the session, as well as 3 alternative takes. The Minus Dynasty includes Strollin’ recorded at the same session date with Honey Gordon singing Mingus’ melody, many years before Joni Mitchell took on the same task.
Charles Mingues – Mingus Ah Um & Mingus Dynasty 50th Anniversary Edition 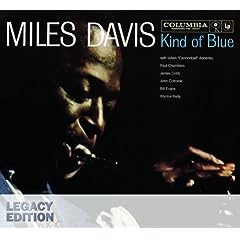 The treat on Kind Of Blue can be counted as two things. The remastering is superb. As is a 17 minute live version of So What. For those interested in small treats, there are false starts for several tunes. Kinda makes you feel a part of the process. There's also an alternate take of Flamenco Sketches which adds just enough jalapeño to the collection to make this a must have.
Miles Davis – Kind Of Blue 50th Anniversary Edition