The Silent Years - Taking Drugs At The Amusement Park 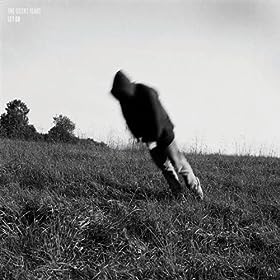 “Sing us a song, but don’t sing too long, you know I will get bored in a while.” I get comments a lot from friends – why listen to new music all the time? Don’t you like the old stuff? Etc. You know how it goes. Am I bored by the same ol same ol? Sometimes I wonder myself. I like listening to bands that have no reason to be stuck where they are except for the way our society works – by personality, not talent. By a penchant to do the unusual to get your name in the news and keep it there. I like the name of these guys – the Silent Years. They move in the music world “sending shivers down cheap plastic spines”. Weird thoughts for a Saturday. Blame it on realizing another year slipped by and I still feel 16 inside. Nuff about the old days, what about Silent Years?

I was sent one song, and replied to Angelica (their publicist) okay, I like it, but are they putting me on? The song was Madame Shocking, and the rhythms were strange enough, complete with a string quartet, and then what sounded to me like a circus complete with lion jumping through flaming hoops. The vocalist convinced me he believed what he was singing about. “Focus on the future, all eyes on the future.” So, I told the publicist I needed to hear more because this was so far out it coulda been a put-on. Frank Zappa meets Brian Wilson and never the twain shall meet sorta deal. So I got the whole CD, and yes, these folks are serious about being far-out and blurry. Shoutout for Forest Fire, “I’m just trying to act my age.” Lord, I hope not. “All my friends are busy now with things that they don’t care about.” Tell me about it. I’ll stick to listening every day and searching for the lost chord. I can admit whole-heartedly to enjoying the journey I’ve chosen, and will not allow the questioners to force me to question myself. I think Shakespeare said it. To thine own self be true. The Silent Years definitely have a sound that utilizes that philosophy. They make joyful, wonderfully complex music, and don’t make huge efforts to water it down for an ‘average’ music consumer. Seems to me they’d like people to listen, but if people won’t, they will be content silently releasing albums for their fans through the years. The Silent Years